We created submit shop blog on wordpress.com in 2007, a 7 year ago and have not worked much . Our staff has decided to maintain and update this from time to time. Now we are live again in 2015 ! We commonly write on search engine, blogging, content and SEO 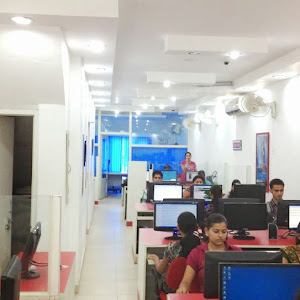 You can study the most important ranking factor in 2016

Defining the list of marketing services. I know all marketers know about this but some time we love to see all at one place. Marketing services Collection is just for you

If you have more please add in comment below

It’s an artificial intelligence system developed by Google that helps process its search results using machine learning. RankBrain uses artificial intelligence to embed vast amounts of written language into mathematical entities — called vectors — that the computer can understand . “If you say Google people think of search,” Corrado said. Google claim While the humans guessed correctly 70 percent of the time, RankBrain had an 80 percent success rate. Credit  of RankBrain goes to  a team that started with about five Google engineers, including search specialist Yonghui Wu, and deep-learning expert Thomas Strohmann

On Tuesday, April 21st, Google make its mobile algorithm known as Mobilegeddon live. Google announced few month ago and inform the webmaster to make their sites mobile friendly. The change is going to make a favor of mobile friendly responsive websites. Google now proved that mobile-friendliness is a one of major factor for ranking of your website in mobile search results. We have tested nearly 100 search results and found a big change in search results. The site which are properly optimized for mobile are in better position. Small websites have been hit hard by this algorithm because they may have not much resources to convert their old sites to mobile friendly.

Maile Ohye, developer programs tech lead at Google, mentioned that three-quarters of people will abandon a page after five seconds, and 46 percent won’t go back to it.

It’s definitely rolling out. I know in some of the data centers its already rolled out completely. So that is something where I think you will probably see that change over the course of a week, maybe a week and a half – something like that. Google’s John Mueller

Outside of the top 100, these are some of the surprising websites to have failed the mobile-friendly test:
easyJet, Moz,Newly launched Coca-cola UK, Magento

As you know that on

February 26, 2015: ‘Starting April 21, we will be expanding our use of mobile-friendliness as a ranking signal. This change will affect mobile searches in all languages worldwide and will have a significant impact in our search results.’

That date is important, but so is the word in bold.

My dictionary defines ‘significant’ as ‘important; of consequence.’ It’s the kind of thing you hear from a dead-serious parent.

As you may have heard, Google is expected to roll out an algorithm update over the next two weeks that will reward sites that are mobile-friendly while penalizing those that are not. Read for this

You must have read a lot of discussion or opinion regarding URL structure of your site or webpages . I have made in depth study and concluded as follow.